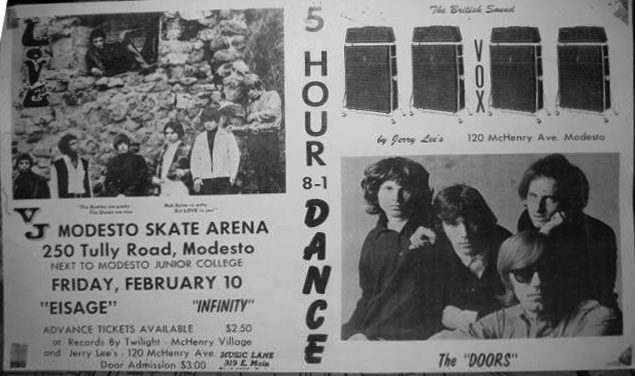 New!  8/29/11  I was able to locate copies of the Modesto flyer and I am working on getting quality scans of it.   show was headlined by Love,The Doors, Eisage from Modesto and Infinity from Turlock.  Held at the Modesto Skate Arena.

Scheduled to go for 2 sets by each band the night was cut short by some kind of audience brawl.  I don’t think it involved Jim Morrison!